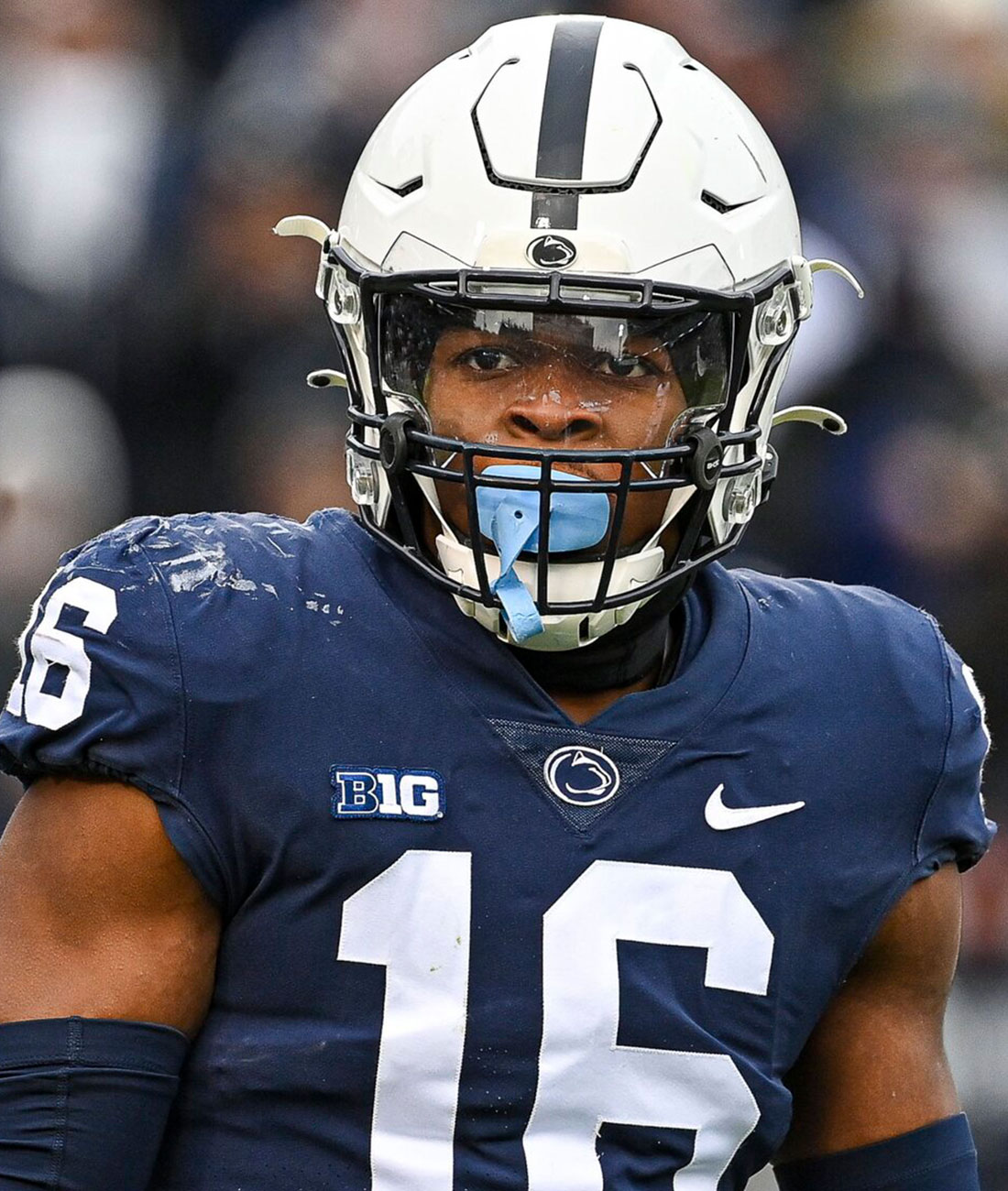 A fifth-year senior for Penn State football, Ji’Ayir Brown looks to build off of a strong 2021 season where he was tied for the most interceptions in the nation (6) and was named an All-Big Ten third team honorable mention. The Trenton, New Jersey, native notched 73 tackles and two fumble recoveries last year, but his season was highlighted by an 87-yard pick-six against Maryland. The blue and white safety has 6.6K followers on Instagram and 2.9K followers on Twitter.